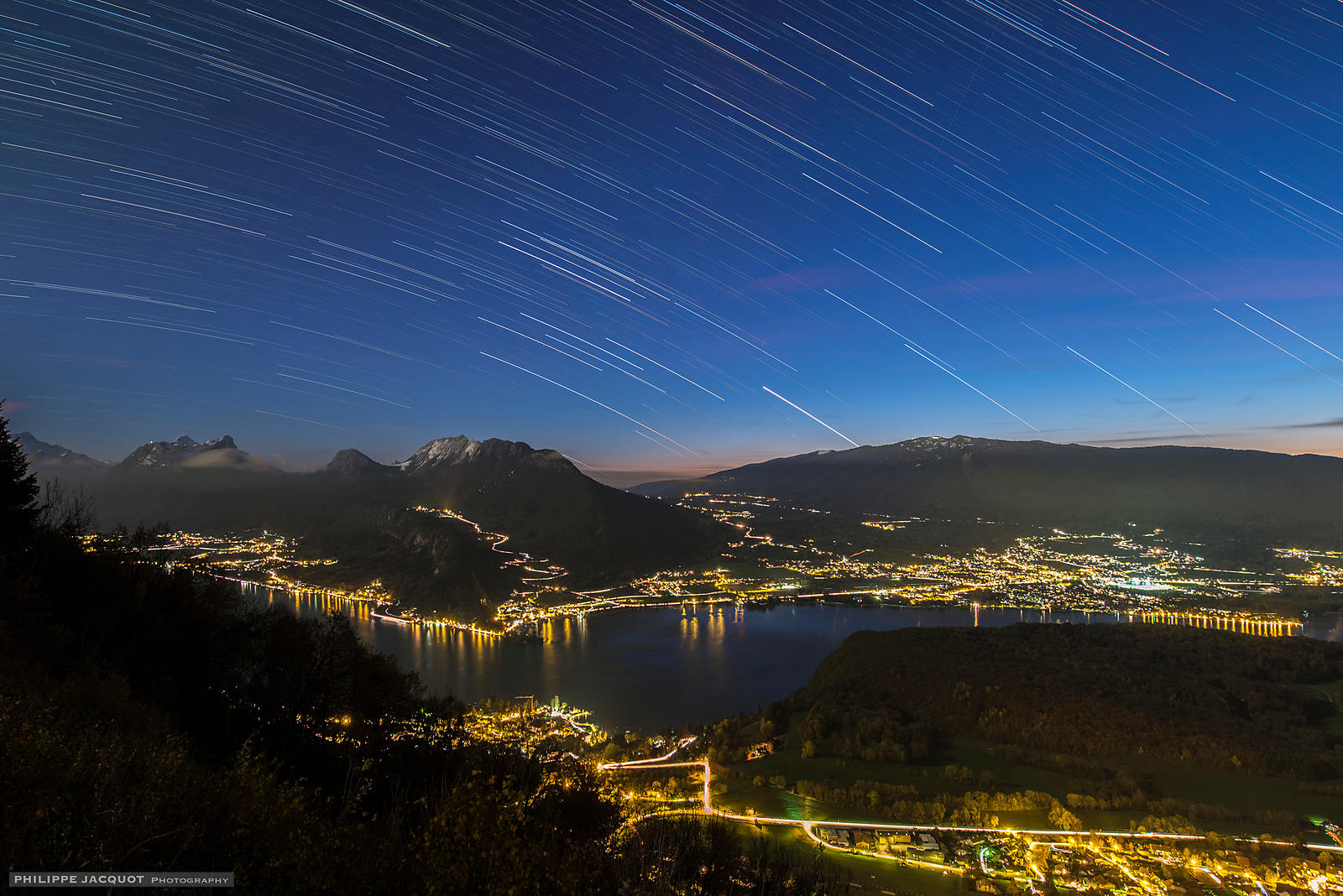 This panoramic photo, taken during the Winter of 2015 in Annecy, won first prize in the Photo Nighscape Awards 2015 category “In Town.”
After several months of unsuccessful attempts, conditions finally came together on tonight on the edge of Lake Annecy, allowing me to immortalize the crescent moon warmed by earthshine above the city. The clear sky is a synonym of the beautiful Moon on the horizon, the nearly complete absence of wind leaves the surface of the lake as smooth as a mirror, and Selene, setting twenty-four hours before the new moon still allows one to see the glow of the twilight. Beneath the crescent of the Moon, the castle of the Ducs de Nemours can be seen behind the Parc de l'Europe and the Pont des Amours, while on the right the churches of Saint Maurice and Notre Dame de Liesse serve as décor for the esplanade du Pâquier, so dear to Annecians. 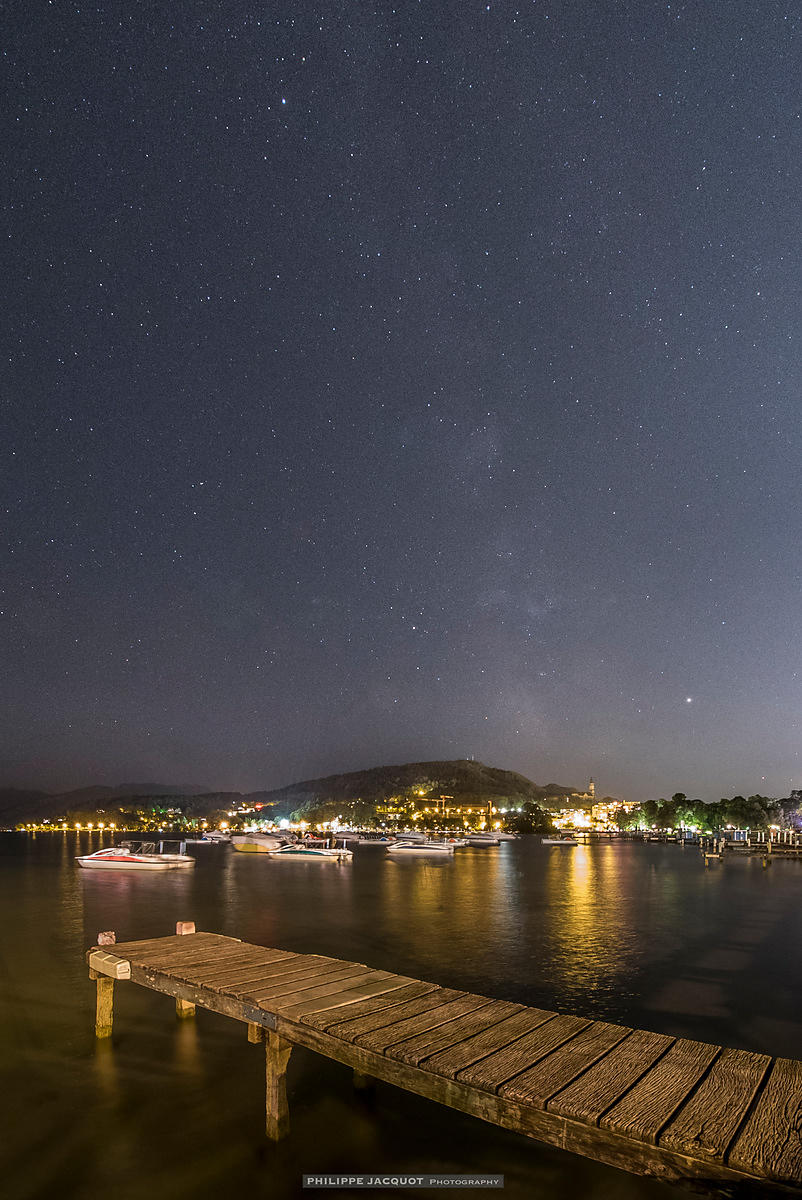