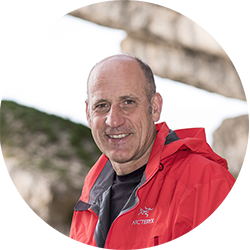 Astronomy has been a passion of mine since 1998. I began by traveling the globe as an eclipse chaser, in order to witness that rare astronomical event, the eclipse. Eventually, I became interested in documenting the majesty of space, and began taking photographs capturing the infinite wonders of the night sky. My photographs are memories of my observations. I try to portray the night sky as it is viewed by the naked eye.

Since receiving my master’s degree in Astronomy and Astrophysics from the University Paris XI in 2000, my devotion has grown and I am currently chairman of the astronomy club Tycho Brahe, located in Annecy. I share my experience of nightscapes through workshops around Lake Annecy and in Tenerife.

In addition, I organise astronomy courses for the public. I regularly deliver speeches and offer night observation sessions across the Rhône-Alpes region of France. I plan group excursions for people who share the same passion for eclipse watching. 2023 will mark my fourteenth eclipse.

"Art in all its forms reflects the sharing of emotions for human beings, just as the sky and its beauties transport us into a world of serenity."

2022
- 1st prize in Stelvision's spring/summer 2022 contest n°35 with the photo "The mist of the Omani desert
- "The mist of the desert" in the Photo Nightscape Awards 2022 catégory "Nightscape".
- Third prize in the Regional photo contest of astronomy (CALA) with "Sparkling snow".
- "Deserted break and Milky Way" finalist of the Siena International Photo Awards.

2020
- "Ghosts of the Galaxy" finalist of the Siena International Photo Awards.

2019
- 2 photos awarded as part of "On The Moon Again", a global event celebrating the 50th anniversary of Apollo 11.
- "Lavender under the stars", finalist of the Festival Nature Ain catégory landscape.

2016
- "Figure in the Double Arch" in the Photo Nightscape Awards 2016 catégory "Nightscape".
- "ISS under the Moon and Venus", Royal Observatory of Greenwich's Astrophotographer of the Year 2016
- "The Milky Way over Cinque Terre", TWAN Contest 2016 (with honorable mention)
- "ISS under the Moon and Venus" in the Panobook 2016, a collection of the best panoramic photographs of the year

2015
- "Lunar Reflection": 1st prize in the Photo Nightscape Awards 2015 category "In Town"
- "Milky Way Mont-Blanc" in the Panobook 2015, a collection of the best panoramic photographs of the year